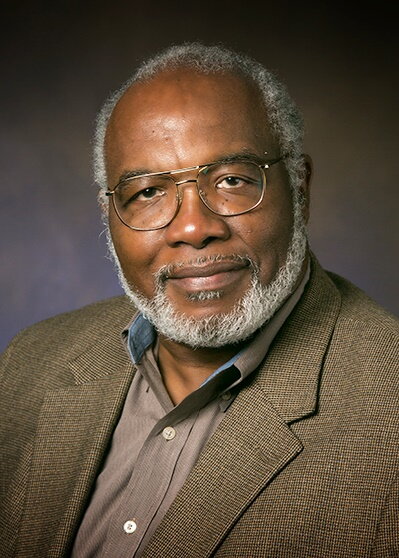 Ronald W. Bailey is a 1965 graduate of Evans County History School in Claxton, GA, and a 1969 Phi Beta Kappa graduate with a BA in Liberal Arts (Cross-Cultural Studies) from Michigan State University’s Justin Morrill College.  His undergraduate major included fluency in Russian, and a study/travel program and certificate from Moscow State University.  He holds an MA in Political Science from Stanford and a Ph.D. in Black Studies from Stanford, the first such degree awarded in the United States in 1980.  He has taught at Fisk University, Cornell, Northwestern, the University of Mississippi, and Northeastern University, where he chaired the Department of African-American Studies for eight years.  He also served as Vice President for Academic Affairs at South Carolina State University and Knoxville College, and as a senior scientist with the Education Development Center, Inc.  He is Distinguished Senior Lecturer in Africana Studies and History at Savannah State University and served as Interim Chair of the Department of Political Science and Public Affairs in 2010-2011.

Bailey’s books include Introduction to Afro-American Studies: A Peoples College Primer (with Abdul Alkalimat), Remembering Medgar Evers . . . For a New Generation, Let Us March On: Civil Rights Photographs of Ernest Withers, Jr., and Black Business Enterprise: Historical and Contemporary Perspectives.  His articles have appeared in such journals as Journal of Social Issues, Journal of Negro Education, Agricultural History, Review of Black Political Economy, Black Scholar, Souls: Critical Journal of Black Politics, Culture, and Society, the Journal of African American History.  His book, Lower Roxbury: A Community of Treasures in the City of Boston was awarded a citation by the American Association of State and Local History.

NSF and NEH grants supported the development of two website projects he initiated: www.dignubia.org and www.nubianet.org, respectively.   He was also a co-founder of ACT-Roxbury (Art, Culture, and Trade—Roxbury), an organization that now operates the Roxbury Center for the Arts @ Hibernia Hall, and has consulted on many museum, school curriculum, and technology projects.

Bailey’s ongoing book project is tentatively titled “Those Valuable People, The Africans” which focuses on the slave(ry) trade, cotton, and the industrial revolution in Great Britain and the U.S.  He is also the principal investigator of a projected funded by the Institute of Museum and Library Services to build capacity in six African American museums in the Savannah area.  In 2010, he received the first Chairman’s Volunteer of the Year Award from Dr. J.W. Jamerson, III, board chair of the Ralph Mark Gilbert Civil Rights Museum.

He is the proud father of four children: Malika, a graduate of the University of Indiana Law School and a Chicago attorney; Robeson, a Xavier physics graduate pursuing an MBA at the Drucker School of Management (CA); Marona, a Vanderbilt Psychology and Special Education major pursuing a PhD in Psychology at the University of Michigan; and Rance, a Stanford grad who attends MIT’s graduate program in Urban Planning.

Bailey, R. (2018). "Those valuable people, the Africans": The economic impact of the slave(ry) trade on textile industrialization in New England. In The Meaning of Slavery in the North (pp. 3-31). Taylor and Francis.