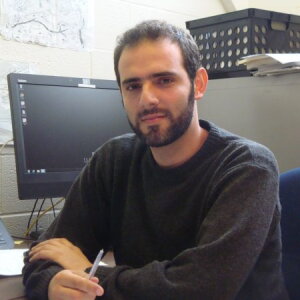 I am a historian of pre-colonial and early-colonial West Africa. My research examines the political and intellectual history of Muslim societies in the region from the late Middle Ages to the early colonial period, focusing specifically but not exclusively on modern-day Republic of Mali. Through my research, I have worked in several archives of Arabic manuscripts in West Africa (Mauritania, Mali, Senegal, Nigeria, Ghana, and Côte d’Ivoire), in Europe (France and Denmark), and in the United States, as well as in colonial archives in Britain (Foreign Office - the National Archives) and Germany (Staatsbibliothek, Hamburg). My research has led to several publications that appeared in journals, including History in Africa and the Journal of African History, book chapters, two collections of essays that I have edited, and two monographs.

My latest book Sultan, Caliph, and the Renewer of the Faith: Aḥmad Lobbo, the Tārīkh al-Fattāsh and the Making of an Islamic State in Nineteenth-Century West Africa was published in 2020 by Cambridge University Press (a translation into French has been published in Mali in 2022 by the Institut des hautes études et de recherches islamiques Ahmed-Baba de Tombouctou) . The book reconstructs the intertwined histories of a political project, the legitimation of an important West African state, the Caliphate of Ḥamdallāhi (1818-1862), and of a chronicle, the Tārīkh al-fattāsh. I explore the nature of authority and the processes of legitimization in nineteenth-century West Africa. I focus specifically on the emergence of a new class of Muslim scholars who seized power after military revolutions, marking a significant break with the West African ‘ulama’ traditional distance from politics. In the case of the Caliphate of Ḥamdallāhi, how these aspirations, continuously challenged from within and from outside, translated into actual authority is peculiar and unique. This process of legitimation involved a sophisticated manipulation of historiography that took place with the production and circulation of the Tārīkh al-fattāsh. Through the analysis of this chronicle and its relationship with the caliphate, I argue that the practices of authority and legitimation were connected to the increased pervasiveness of Islam in the political culture of nineteenth-century West Africa, as well as the power of the written word in the region. The book also provides a critical history of a crucial and still misunderstood primary source for African history, the Tārīkh al-fattāsh. I demonstrate how the chronicle, contrary to current understandings, is a nineteenth century text produced by extensively manipulating an earlier, seventeenth-century work, the Tārīkh ibn al-Mukhtār.

I am currently working on two new projects. The first, sponsored by a NEH grant for Scholarly Editions and Translation, is a natural follow up to Sultan, Caliph, and the Renewer of the Faith, being the first edition and translation into English of the parallel texts of the Tārīkh Ibn al-Mukhtār and the Tārīkh al-fattāsh. The other book project is tentatively titled Timbuktu, the Queen of England, and the French Invasion of the Sahara. This book is a microhistory of an imperial encounter that took place in the Niger Bend in the 1850s when Aḥmad al-Bakkāy, a renowned scholar from Timbuktu and regional political figure, received Heinrich Barth, a German traveler on a diplomatic mission of behalf of the British government. Despite being distant from any British or French outposts in Africa, Timbuktu became at that crucial moment the theater of imperial tensions. Aḥmad al-Bakkāy was concerned about French conquests in the Algerian Sahara. Barth was a promoter of British economic interests in Africa that irradiated from the powerful consulate in Tripoli. However, while this book introduces these tensions between the French and the British, it is not a history of colonial expansion. The book will tell a history of African agency vis-à-vis the growing influence of French and British empires in the region. Its aim is to reconstruct the efforts of a West African notable (Aḥmad al-Bakkāy), who attempted to enlist the support of an unlikely European ally (Barth) to consolidate his own economic power and political regional authority in the Niger Bend and to defend it from French militaristic expansion.

2022-2024, National Endowment for the Humanities Humanities, Collections and Reference Resources.

2020, University of Illinois at Urbana-Champaign, Research Board Award.

2015, University of Illinois at Urbana-Champaign, Research Board Award.

University of Illinois at Urbana Champaign, “List of Teachers Ranked as Excellent,” 2021 (Fall).

University of Illinois at Urbana Champaign, “List of Teachers Ranked as Excellent,” 2021 (Spring).

University of Illinois, Lincoln Excellence for Assistant Professor Scholar for the College of Liberal Arts & Sciences, 2018-2020.

University of Illinois at Urbana Champaign, “List of Teachers Ranked as Excellent,” 2017 (Spring).

University of Illinois at Urbana Champaign, “List of Teachers Ranked as Excellent,” 2016 (Spring).

University of Illinois at Urbana Champaign, “List of Teachers Ranked as Excellent,” 2014 (Fall).